You are here: Home › Blog › Sleep Disruption – What is Melatonin trying to tell us? 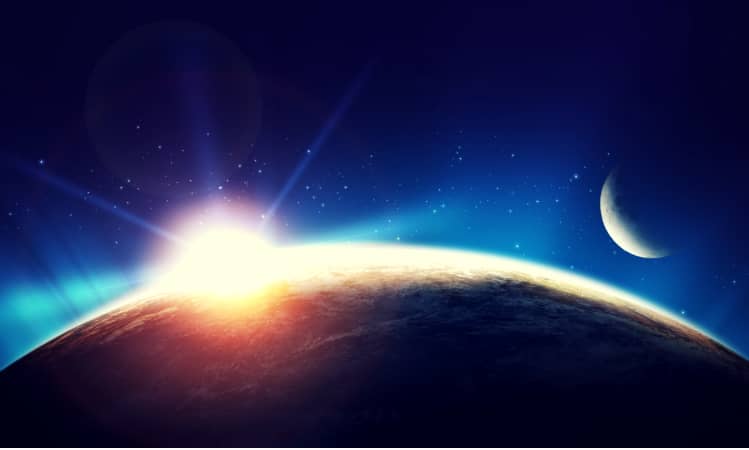 In this post we look at two hormones with opposite agendas, and how their workplace spat could be costing us precious sleep. According to the University of Adelaide, 33-45% of  Australian adults are citing inadequate sleep as negatively affecting their performance during the daytime.

Is this getting worse? Is it a sign of the times? Maybe. All the more reason to better understand two of the important players involved.

*Yes we sell hormone test kits, but we also like to provide unbiased, credible and sourced articles for a good read on your way home.

Let’s start with the irrefutable: for optimal happiness, or even close enough to it for us to be content, we need our bodies and minds to be working well. We can choose to eat the right foods, and we can make the decision to exercise in order to maintain physical strength and balance. But in this ever complex world of 24/7 connectivity, it’s not so simple folks.

Many of us are seeing the benefits of our efforts compromised by our inability to get a proper night’s sleep. According to the experts, staying alert for 17 hours a day results in the performance equivalent of being 0.05% drunk the following day. We’re not going to be at our productive best when we’re blowing .05% are we? We may think we are, but..no. 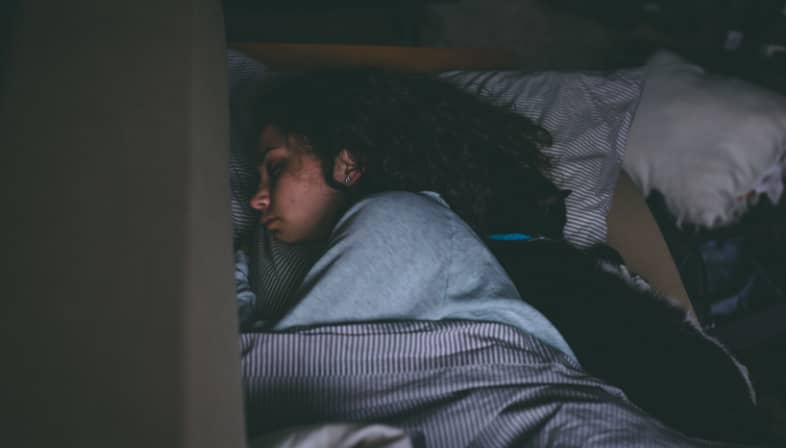 Melatonin is Missing in Action when is should be assisting our sleep.

In order to feel completely rested in the morning, we require both REM and Non REM stages of sleep. REM sleep should come and go, and is known to be responsible for that fully-refreshed feeling we (occasionally) get after waking from a good night’s rest.

During Non-REM, our bodies produce growth hormone and cellular repair is taking place. These stages of sleep occur when the right conditions are present. And this is where hormones play a very important role.

Two Hormones with an opposite agenda

Hormones are part of our design. They transmit messages around our bodies like an internal postal service. But it turns out that two of these hormones have opposite agendas and could in fact be ruining our chances of happiness. 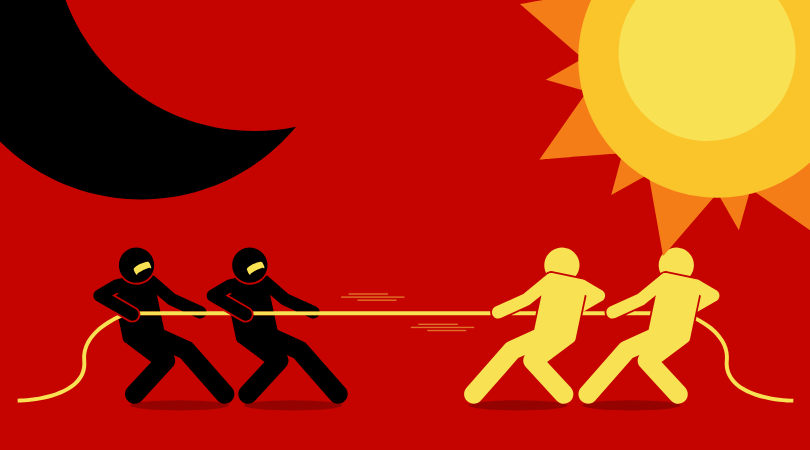 Melatonin and cortisol – hormones which ideally would be working different shifts, can meet at the wrong time.

First up on the left we have Cortisol. What is Cortisol? It’s a well known hormone that is mainly produced in the adrenal gland and needed for everyday tasks requiring energy, immune function, and heightened cognitive ability. Most people know it as the “fight or flight hormone”, or simply the stress hormone.

Over on the right we have Melatonin. What is Melatonin? A hormone mainly produced by a small gland in the brain called the pineal gland. Acting as a body-wide anti inflammatory and regulating our sleep patterns are its two primary functions.

Ideally, Melatonin is helping us rest at night, and Cortisol provides us a boost to get going again in the morning.

“Great, so what can go wrong with that?”

Melatonin has an antagonistic effect on Cortisol. This means that when Melatonin is released at night it pushes away any residual Cortisol, or at least enough of it to create the right environment for sleep.

But there is only so much it can “push”. This, right here, is the cause of many a sleepless night! Excess Cortisol at night time will actually block Melatonin which would normally induce sleep. These two hormones are shuffling around for a reason.

We need our Hormones to work in Harmony

Both of these hormones have daily patterns designed to assist but they can in fact clash. Either one or both could be misfiring, disrupting our precious sleep. If these two hormones are turning up for work at the wrong time, we suffer.

Melatonin is produced in the Pineal Gland, a very sensitive area of the skull.

(We made this mess, we can fix it👊 . Read on for tips on naturally correcting Melatonin)

The Spotlight is on Melatonin

Melatonin could be one of the most exciting of the primary hormones, with numerous concurrent studies having taken place in the last few years. More and more actions are being attributed to Melatonin through research including detoxification of free radicals. A study into its possible cancer inhibition properties is currently taking place. Further research has identified Melatonin and its role in ‘mood modulation’.

But possibly the most beneficial aspect of Melatonin is its well documented anti inflammatory function. Sounds boring, but this could the most important role it plays. 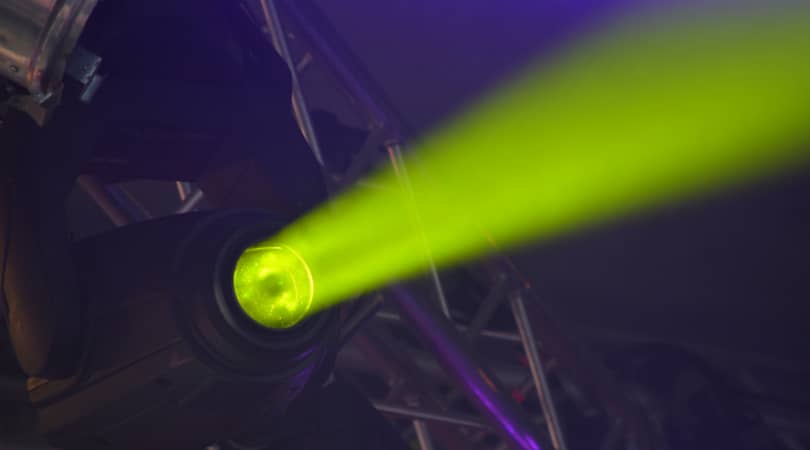 The spotlight is on Melatonin.

“So it’s an ‘anti inflammatory’. How does that help me?”

Inflammation could be described as a physical result of any attack, or stress, the body is under. It could be internal (pathogens) or external (injury), big or small. The role of Melatonin is to help restore that physical damage to normal by reducing inflammation (i.e. anti inflammation). So this hormone is at least partly responsible for maintaining inner stability.

“And how does night time trigger Melatonin production?” 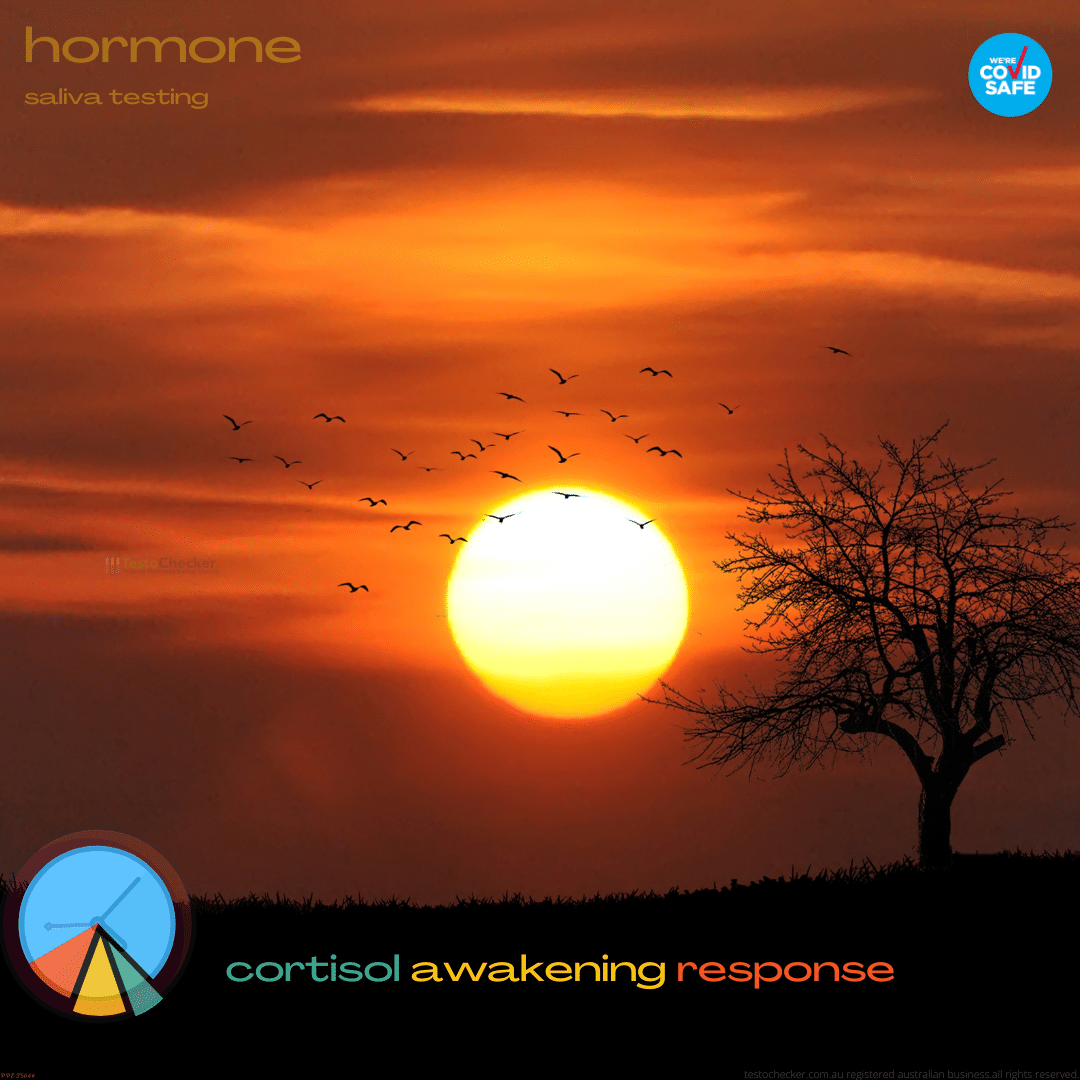 As the sun fades, purpose built cells in the retina detect a restricted bandwidth of visible light. This information is relayed to the pineal gland, and production of Melatonin kicks in, reaching peak concentration 3 – 5 hours into our sleep.

Hormones may ‘control’ our sleep, but can we ‘influence’ our hormones?

OK, so we know that things like jet lag, constant partying and shift work lead to a broken sleep pattern and sleepless nights.  Now it’s time to look at steps we could take to right the ship.

Returning to a normal sleeping pattern may not be as hard as you think. The aim here is to gently coax Melatonin back to work, at the appropriate time of day. Given the chance, our bodies, and the hormones that dictate sleep, would love to return to work at ‘normal” business hours. This is the natural circadian rhythm hard wired into our DNA.

These tips below have been circulating for years, and that is because they typically work to regulate Melatonin behaviour. Try at least two in tandem over a two week period. [For Tips on Lowering Cortisol Naturally go here ] 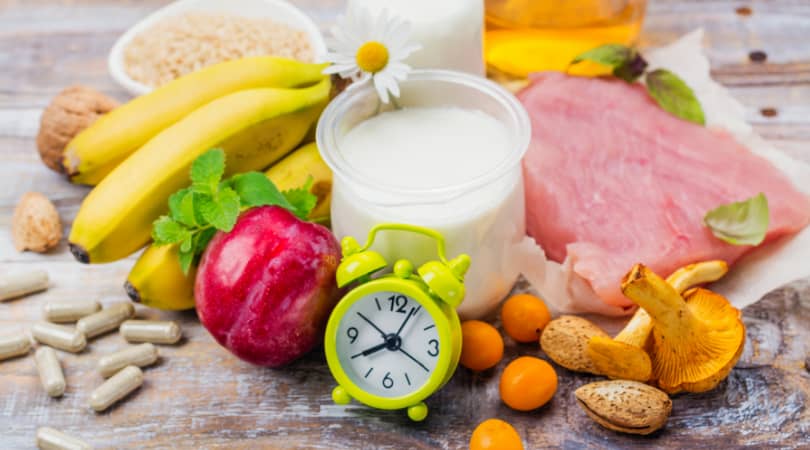 Food which are rich in Melatonin, but there are more.

These are the three most common Melatonin disruptors. Ridding yourself of two of these will help rebuild your Melatonin production. Try it for two weeks and see for yourself. 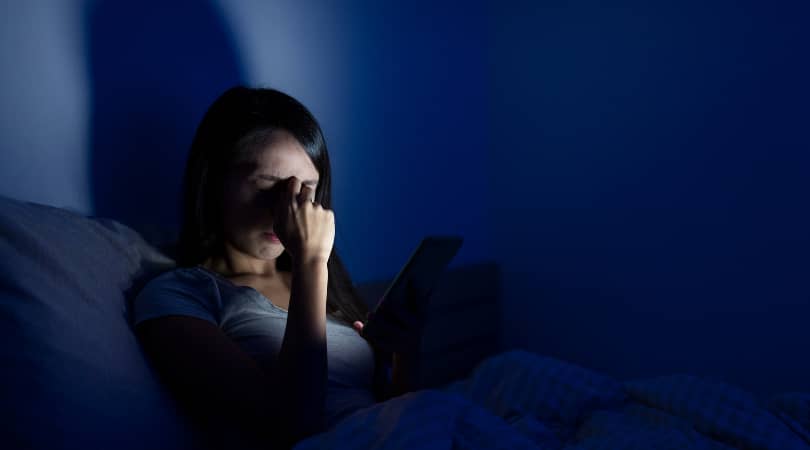 Waiting to get tired with Blue Light preventing it.

Synthetic Melatonin is prescribed for various reasons in part due to its anti inflammatory action. In cases of insomnia, doctors here in Australia can prescribe synthetic Melatonin although its long term benefits for chronic sleep cycle disruption remain unclear.

Typically taken 60 minutes before bedtime the dosage is slowly upped until effects are felt. To rely on this alone isn’t advised though and success rates improve if it is used in conjunction with the natural Melatonin production management tips above. 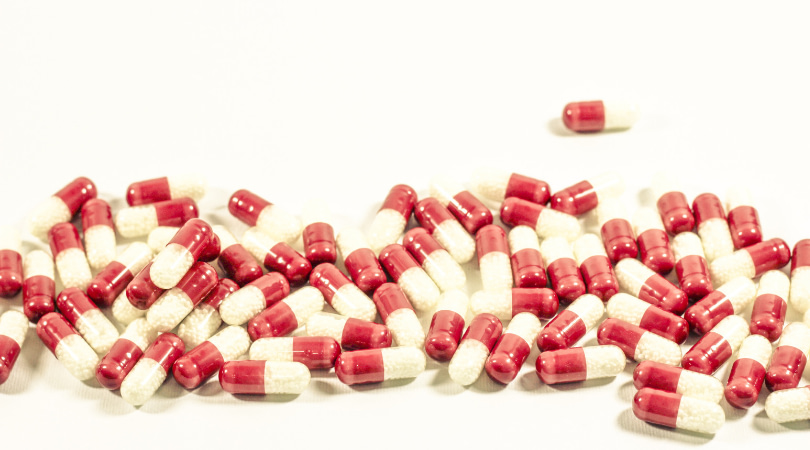 High dose prescription melatonin, is it worth it?

Unless we respect the natural sleep/wake cycle, we won’t ever have a good sleep pattern. Forcing sleep with medication without correcting our lifestyle or routine will only provide momentary relief.

One option availble is to check the behaviour of the hormones related to sleep, to observe not only the quantities being produced but the secretion pattern, i.e. the  hormones cycle (timing).

What are the actual hormone levels to aim for?

Target range* for Cortisol depends on time of day. 30 minutes from waking we hope to see Cortisol peak at 20nmol/L – 25 nmol/L. It should also slide downward from that point, especially in the first hour (approximately 35-60% above the waking value). By evening no higher than 10nmol/L, and by bedtime nonexistent (<5).

Target range for Melatonin also depends on the time. At midnight we aim for 85 pmol/L, however, by 5AM we would like to see that at around 5 pmol/L only. Day light will be the signal to quit for the day, and Cortisol being the tough guy, will expel what’s left. 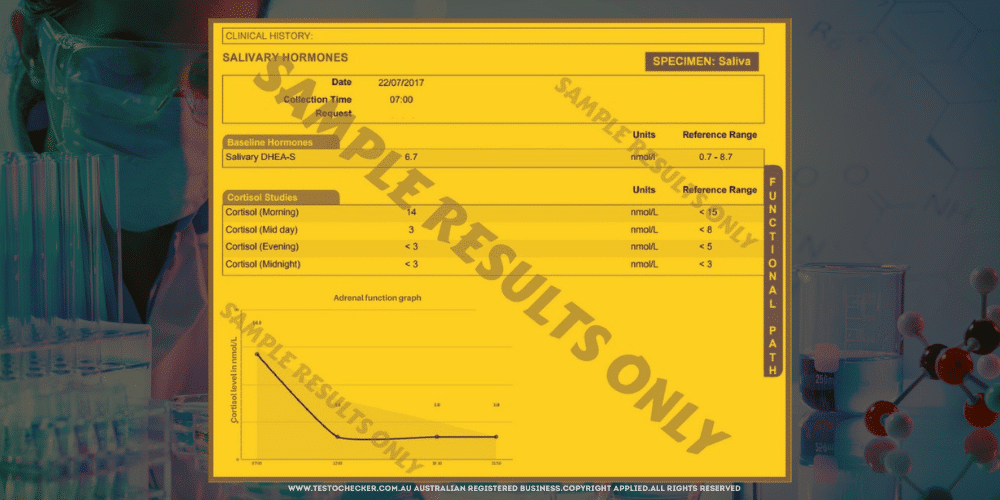 These two hormones pull us in opposite directions in sync with our physical requirements and day to day responsibilities. Well, that’s when we are in sync with the Circadian Rhythm.

Please note ! To have hormones results which are not within the so called normal ranges is not cause for alarm, but rather further investigation. If we listen, our hormones really can be the ‘canary in the mine’, and should not be ignored.

*Target range differs from “normal range”, which has parameters representing upper and lower limits. In this case, a Target is just a number to aim for. Ranges depend on both the type of equipment used and the individual laboratory selected

Can we check the daily patterns of these hormones?

Yes you can although it must be done correctly. Checking the daily behaviour of Melatonin in your own body should involve taking samples at midnight and usually 6AM.  To properly observe daily Cortisol behaviour is a little more complex, and should involve 4 sample collections over 24 hours.

Charts and graphs would show you how your hormones are behaving, providing a look inside at what’s really going on. With a little knowledge – and a bit of effort – a better sleeping pattern involving consistent, quality sleep could be a reality.

I hope you enjoyed reading this post as much as I did writing it.

Single or Multi-hormone Saliva Test Kits, offered by TestoChecker, can help you understand current levels of hormones that are connected with your personal stress, anxiety and sleep.