You are here: Home › Blog › The Relationship Between Hormones and Weight Gain 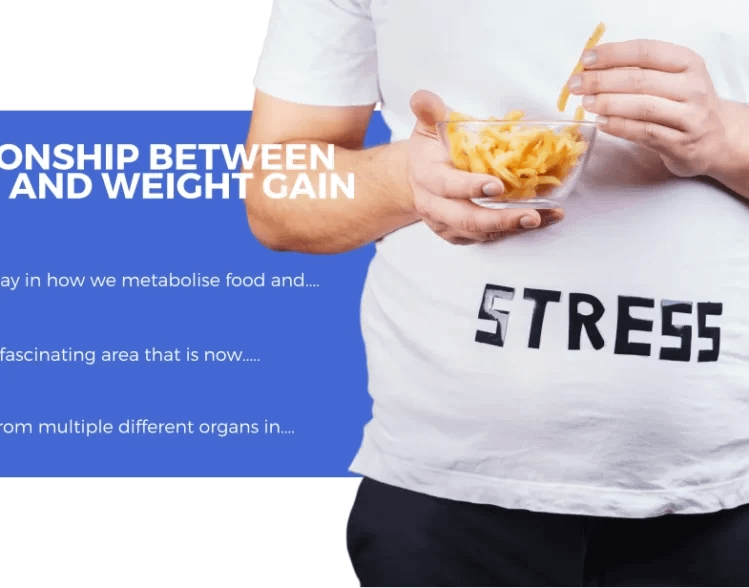 Rates of obesity have tripled over the last quarter century, with our more sedentary lifestyles and easy access to food (of all types) copping most of the blame. While no-one is arguing that these lifestyle factors don’t play a significant role in weight gain, it is becoming clearer that this is a complex issue far beyond that of will-power and self-discipline.

It is now well accepted that it is not as simple as ‘calories in’ vs ‘energy out’ = body weight. Some find it very hard to lose weight despite reducing calorie intake and exercising regularly. Others seem to be able to have their cake and eat it too with no outwardly consequences.

There are various different factors that influence our weight, affecting how we store fat and how we metabolise energy:

Our genes and weight gain

Our genetics have a big say in how we metabolise food and respond to exercise, if we are prone to diabetes and how fat is stored. In this case, lifestyle can help control what we can’t – our genes!

Our gut bacteria and weight gain

The gut microbiome is a fascinating area that is now proposed to play a big part in energy metabolism and weight gain. The gut contains billions of different bacteria, and research shows that having the wrong types of bacteria, or the incorrect balance of ‘good’ vs ‘bad’ bacteria, is linked to obesity. The good news is that the gut microbiome can be boosted or improved with the right diet, highlighting the importance of a healthy and varied diet, rather than purely restricting calories.

Our hormones and weight gain

Hormones are secreted from multiple different organs in the body, collectively termed the endocrine system. An imbalance of some hormones is linked to weight gain and fat accumulation. What’s more is that weight gain, can make the hormone imbalance worse, making the issue really quite difficult to resolve.

The endocrine system is responsible for sending chemical messages (hormones) all around the body and controlling how we function day to day, from our reproductive system (sex hormones), how we cope with stress (cortisol), how we regulate appetite (leptin, ghrelin), how we control sugar levels and fat metabolism (insulin), our sleep patterns (melatonin) and other key bodily functions such as regulating immunity and inflammation. 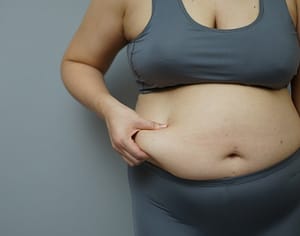 The sex hormones, estrogen and testosterone, have key roles in fertility, including ovulation, conception, pregnancy and sperm production, and are also required for building bone mineral density (estrogen) and muscle mass (testosterone). But the sex hormones have many other far reaching roles and can be produced in smaller amounts by organs outside of the ovaries and testes.

The balance of estrogen and testosterone levels determines how fat is distributed.

Estrogen diverts fat storage to the bottom and hips, but when estrogen declines after menopause this leads to the accumulation of fat around the stomach area. In men, who have low levels of estrogen their fat storage typically occurs in the middle area. As men age and testosterone levels drop, this promotes a lowered muscle to fat ratio, increasing the risk of central weight gain.

So lowered levels of the sex hormones is related to weight gain, particularly in the abdomen area.

If concerned that low sex hormones may be making it difficult to shed pounds, both testosterone and estrogen(s) can be easily measured using saliva-based hormone tests. The adrenal androgen DHEA is the precursor to sex hormone synthesis, and low levels could result in reduced conversion into the sex hormones. For this reason, it is worth assessing DHEAs when testing other sex hormones.

You may also like – Why use Saliva to Test Hormones.

Does it really matter where the body fat is? Yes, it does…

Body mass index (BMI) is calculated based on height and weight; however this equation does not take into account where the fat is stored. This is important because weight gain in the abdomen area is linked to many serious health problems, including cardiovascular disease, stroke and diabetes, but fat distributed around the hips and bottom is not. An alternative measure of body weight is hip to waist ratio which takes into account where the fat is stored and gives a much better indication of risk of serious health conditions.

Cortisol is a hormone made by the adrenal glands and is produced in a daily rhythm; it wakes us up in the morning, boosts immune function and sharpens cognitive function. Cortisol also helps to release energy for the day ahead by increasing blood sugar levels – essentially providing fuel to get us going in the morning.

Cortisol levels decline during the day and as we approach evening and bedtime cortisol levels should be at their lowest. Stress, whether physical or emotional, leads to elevated cortisol production, the body’s way of overcoming adversity. However, pro-longed chronic stress leads to hyper-cortisol secretion and is bad for our health.

High cortisol levels have been linked to weight gain. This stems from the knowledge that Cushing’s syndrome, a very rare hormonal disorder of the adrenal gland leading to vast over-production of cortisol, is characterised by increased central weight gain, metabolic syndrome and cardiovascular disease. 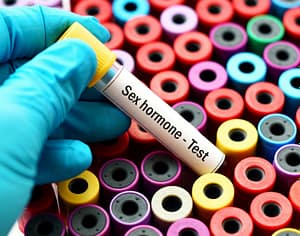 But opinion is divided on whether cortisol really is different in non-obese vs obese people, with some studies finding elevated cortisol and a heightened stress response in obese people (particularly in those with more fat stored in their middle), and other studies finding no such association.

It is suggested that the daily pattern of cortisol secretion could be shifted in overweight people. Other studies [Cit.1] have shown that increased cortisol affects behaviour when choosing foods, specifically selecting ‘comfort’ foods that are high in fat and sugar, in addition to controlling the quantity of food intake.

So while cortisol may or may not directly influence fat accumulation, activation of the stress pathways does appear to modulate our behaviour around food.

Cortisol levels can be accurately measured in saliva tests, either at awakening, or during the course of the day, to capture the cortisol pattern and give an indication of adrenal function.

We all know that getting enough sleep improves health and well-being, positively impacting stress levels, the immune system and allowing our bodies to recover from daily activity (neuro repair during sleep). What’s more is that weight gain is linked to sleep-deprivation.

Melatonin is a hormone released by the pineal gland that helps regulate sleep. Melatonin is secreted in the opposite pattern to that of cortisol, rising at night-time and falling in the morning, controlled by daylight (circadian clock).

One of the roles of melatonin is to control energy expenditure and storage and it is sometimes referred to as an ‘anti-obesogen’.  Melatonin regulates insulin activity, so that we are most sensitive to the effects of insulin during the day and less so during the night, allowing the body to store energy as we eat and release energy when fasting.

In people with disrupted or irregular melatonin production, this important regulation of energy balance can be set off kilter. For example, melatonin levels decline with age which disrupts normal sleep/wake patterns.  Shift workers who experience artificial ‘daylight’ at night often experience melatonin disruption.

Notably, in animal studies, (Cit.3) taking away melatonin leads to obesity and giving it back restores normal weight. In people, lowered melatonin is related to obesity and studies are investigating the use of melatonin supplementation to aid weight loss.

Taking steps to stimulate melatonin production at night, such as avoiding screen-time and dimming lights, especially blue light before bedtime can help to induce sleep, and may help reset disrupted energy metabolism patterns. Of course, a good night’s sleep makes us feel better, reduces anxiety and so stress giving us more juice in the tank for the day to come.

Melatonin is readily measurable in saliva and should be measured at opposing ends of the day to monitor melatonin patterns. Remember, always consult with your GP if your confused or concerned about your health. Saliva hormone testing kits and the subsequent laboratory test results not intended as a diagnostic tool, but more a single tool making part of a larger ‘tool box’.